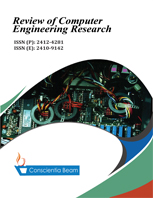 This paper presents an analysis of received signal strength in a macrocell in Lagos environment using Finite Element Method (FEM). In this paper, six different site locations were covered and subdivided into peri-urban, open suburban, dense urban, open urban, suburban and exurban areas. It was deduced that the experimental values obtained was favourably with the FEM predicted values with the mean prediction error ranging between 6.66dB to 12.89dB while that of standard deviation error is 2.99dB to 8.09dB.

Contribution/ Originality
This study reveals the determination of received signal strength from a source point within a macrocell by the use of finite element method. Simulation for the study was achieved using 2D Maxwellâs wave equation.  Adequate data was collected, analysed and the main idea was to collect data with the TEMS phone by driving in a vehicle and making a lot of calls in the metropolitan area considered. This effort makes it different from other forms of data collection methods used in previous studies.