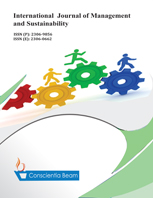 This mini research was conducted among UM(University of Malaya) students, in particular, non-English major master students. The research was under the main purpose of figuring out a quite simple question: with the same amount of time, learning opportunity and environmental factor, what makes some people acquire and learn the language betterthan the others? A quick answer is that "some people have the gift of languages, others do not, and the intriguing search for the gift or the so called âknackâ by Gardner and Lambert (1972) mentioned that attitude and motivation could be the key to successful language learning.The hypothesis implies that learners with a positive attitude and high level of motivation, be it instrumental or integrative, will be successful in developing proficiency in the language provided with the strong set of verbal aptitude and intelligence. A questionnaire was delivered to about 20 UM master students for the research purpose, which revealed and confirmed the hypothesis in the sense that learners who were highly and positively involved in their English proficiency had positive attitude and highly motivated towards learning English. This study involved the correlation of various explanations for the apparent findings of the study. The findings led to a reconceptualization of attitude and motivation: The scope of this socio-affective factors can be seen from a learnerâs standpoint and also, through its pedagogical implications.
Contribution/ Originality

( 1 ) Usersâ Attitudes towards Institutional Repository in Jadavpur University: A Critical Study
( 2 ) Attitude and Motivation in L2 Learning among Ummaster Students
( 3 ) Employer Branding Impact on Employee Behavior and Attitudes Applied Study on Pharmatecual in Egypt
( 4 ) Analysis of the Relationship between the Quality of Presence of Destination through Online Travel Contexts, Attitude, and Intention; Case of Iran
( 8 ) Does Organizational Learning Matter?
( 9 ) Exploring Learning Experience in a Total Enterprise Simulation Based on Means-End Theory
( 10 ) Implementing E-Learning in Far Western Region of Nepal
( 12 ) Invigorating Entrepreneurial Spirit among Workforce
( 13 ) Widening the Breadth of Knowledge Diffusion among Nigerian Employees: The Upsides of Globalization
( 14 ) An Exploratory Study of Financial Management Practices Among Ghanaian Households
( 15 ) Transformational Leadership and Contextual Performance: A Quantitative Study among Nursing Staff in Kuala Lumpur
( 16 ) Determining Intention to Use Smartphone Banking Application among Millennial Cohort in Malaysia
( 17 ) Halal Food in Tourism: Exploring the Factors that Influence Halal Food Selection among Travelers