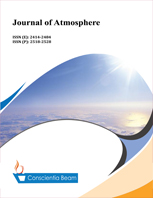 Theoretical Solution of the Diffusion Equation in Unstable Case

The diffusion equation is solved in two dimensions to obtain the concentration by using separation of variables under the variation of eddy diffusivity which depend on the vertical height in unstable case. Comparing between the predicted and the observed concentrations data of Sulfur hexafluoride (SF6) taken on the Copenhagen in Denmark is done. The statistical method is used to know the best model. One finds that there is agreement between the present, Laplace and separation predicted normalized crosswind integrated concentrations with the observed normalized crosswind integrated concentrations than the predicted Gaussian model.