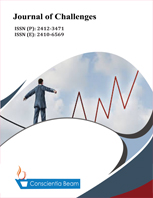 Climate Change Adaptation in Semi-Arid Dodoma: An Experience from Eco-Village

Climate change has manifested to largely affect the most vulnerable areas in developing countries. Semi-Arid areas are among the most vulnerable. To lessen the impact, different areas are trying to adapt to the changing climate. The adaptation is, however, relative to specific areasâ social-economic and physical set up. It is against this fact that semi-arid areas also have their own technologies and strategies to adapt to climate change. Therefore, the study was carried out at Chololo village in Dodoma Municipality, which is a semi-arid area, to analyze Climate Change Adaptation Technologies in Semi-Arid Areas. A total of 110 respondents were interviewed. Majority of the households (92.5%) were reported to depend on agriculture as the main stay of their economy. The major findings of the study revealed that adaptation to climate change is more on the use of natural resources and livelihood at large. Therefore, there are adaptation strategies in Agriculture, Energy, Water, Livestock and Economic technologies.

Contribution/ Originality
This study documents adaptation mechanisms employed by people living in semi arid areas against climate change impacts on their livelihoods.  Communities in semi arid Tanzania and particularly in Dodoma are agro-pastoral and therefore highly vulnerable to climate change impacts as their livelihood depends solely on nature.