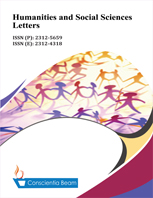 If money has  the  power  to  make things  happen   Budget  has  the   potential  to   mend  the  socio  economic  structure  of   a society. This  notion had provided  necessary  impetus  to  the  concept  of  Gender  Responsive  Budgeting (GRB)  to gain  currency  as  an  international  tool for  empowering  women  so  as to progress towards the  ultimate  goal  of    Gender  equity.  This  paper  attempts  to gauge the  performance  of GRB  in India as a tool for  Gender Equity   using  three parameters : 1)  Extent  of  adoption  measured in terms  of  no.  of  demands  in Gender  Budget  Statements, (2)Degree  of  Gender  Responsiveness  of  Indian  budget  as  measured  by  financial commitments  towards  women  empowerment ,3) Govt. seriousness towards implementation  of women  issues measured  in  terms  of  difference  between  budget  estimates (BE) and  Revised  estimates (RE). This  paper reveals that GRB   is  now  in vogue  in  India  through two  prime  strategies  of  Gender  budget  statement (GBS)  and  Gender budget cells (GBCâs) .This  paper also  finds out that   decrease  in  Expenditure  under part A  of Gender budget statement   as  percentage  of total   budget  Expenditure  over  the   period  of  time   indicates  that  we  are  heading  towards  the   paradox  of  gender  budgeting   wherein  on  one  hand  we are  showing  increasing  sensitiveness  towards the women  issues while  on other  hand in  percentage  terms we are earmarking  lesser   and  lesser from  national  coffer   towards such  policies and actions.  Further  continuing positive   gap   between  budget  estimates  and  revised  estimates  shows  lack  of  commitment on  the  part  of  Govt. to  make  stipulated  expenditures that  might stifle  motive  of  gender budgeting . As   such  there is need  to embolden  our women  oriented  policies  and  programmes by  adequate   financial  commitments  and     allocations in GRB  statement (both under Part  A and B )  need  to  be  increased  with  special  emphasis  on expenditure   under  Part  A  which  is  specifically for women empowerment . "Gender equality does not imply that all women and men must be the same. Instead, it entails equipping both with equal access to capabilities; so that they have the freedom to choose opportunities that improve their lives. It means that women have equal access to resources and rights as men, and vice versa". (Asia Asia Pacific Human Development Report, 2010)

( 1 ) Empowerment of Women Through Budgets: Indian Experience
( 2 ) Economic Empowerment A Panacea To Conflicts: A Case of Mashonaland Central Province, 1999 to 2012
( 3 ) Implementation Model of Integrated Public Policy in National Program for Community Empowerment in Makassar City, South Sulawesi Province
( 5 ) An Assessment of the Perception of Christian Women of Family Planning Methods in Benue State
( 6 ) A Study on the Reporting of Indian Muslim Womenâs Problems in the Mainstream Media
( 7 ) The Dimensions of Adaption to Marital Violence in Saudi Society âA Field Study on a Sample of the Marital Womenâs in Jeddah Cityâ
( 8 ) Women's Self-Image and Tendency to Experience Sexual Harassment from the Perspective of Men (A Study from the Perspective of Harassers / Men)
( 9 ) Previous Marriage Outcomes and Fertility Preference among Re-Married Women in Nigeria: Analysis from 2013 Nigeria Demographic and Health Survey
( 10 ) Agile Leadership and Divorce Education: Study on Womens Perception
( 12 ) Understanding Audit Quality & Talent Management of Auditors in Practice through Content Analysis & Interviews
( 13 ) Accountability through Integrated Reporting: The Awareness and Challenges in Malaysia