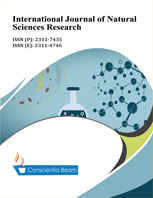 The purpose of this paper is to design a fuzzy control system for generating hydrogen at a desired level by a reaction between water and activated aluminum particles. The activated aluminum particles are produced shredded aluminum sawdust. It is difficult to characterize the reaction quantitatively because the characteristics of hydrogen generating reaction vary as depending on the samples, the environment of the reaction and so on. The experimental system consists of a fuel cell (FC) of 100[W], a water tank, a reaction vessel, pressure sensors, a water pump, a radiator and a one-chip microcomputer. The fuzzy control system is designed to determine the quantum of water which is supplied to the activated aluminum particles. The error forms a desired value of the pressure of the reaction vessel and the change of the error are chosen as the labels of the fuzzy membership functions. The proposed fuzzy control system is applied to maintain the pressure of the reaction vessel of the developed hydrogen generation system at a certain level. The developed hydrogen generation system is confirmed to provide hydrogen to the FC by experiments under various conditions.

( 1 ) Fuzzy Control of Hydrogen Generation by the Reaction of Activated Aluminum Particles and Water
( 2 ) Quality Improvement of Petroleum Products Using Fuzzy Control Charts
( 3 ) The Use of Two New Formulations of Ocimum Canum Sims and Cymbopogon Schoenanthus L. In The Control of Amitermes Evuncifer Silvestri (Termitidae: Termitinae), in Togo
( 6 ) Corrosion of Steels in Water and Hydrogen Sulphide
( 7 ) Process Parametrs Affecting the Hydrogen Production by Water Electrolysis and Electrolyser Characteristic
( 8 ) Influence of Hydrocarbon Additives on the Velocity of Detonation Wave and Detonation Limits in Lean Mixes by the Example of The Reaction of Hydrogen Oxidation
( 10 ) Developmental and Hormonal Regulation of Direct Shoots and Roots Regeneration in Coccinia Indica L
( 11 ) Heat and Mass Transfer Due To Double Diffusive Mixed Convection in a Parallel Plate Reactor in Presence of Chemical Reaction and Heat Generation
( 13 ) Assessment of the Levels of Radiation Absorbed By Radiology Personnel in Some Hospitals in Makurdi Metropolis
( 14 ) Productivity and Economics of Sorghum Varieties for Grain As Influenced By Nitrogen Levels in Sandy Loam Soil
( 15 ) Equilibrium and Kinetic Modeling of Acid Red 88(Ar88) Biosorption by Ulva Reticulata
( 16 ) Combind Effect of Machining Parameters With Nose Radius of the Custting Tool on Surface Roughness of 304- Austenitic Stainless Steel Alloy Produced by Cnc-Turning Machin
( 17 ) Decolouration of Dye in Wastewater by Selected Fungal and Bacterial Species: A Bioremediation Approach
( 19 ) The Eigenfrequencies of a Real Structure Excited By an Internal Noise
( 20 ) Study of Layered Structure on Contact Boundary Area of Formation Panasogan-Waturanda by Applying Ground Penetrating Radar Method
( 22 ) Detection of Motorway Disorders by Processing and Classification of Smartphone Signals Using Artificial Neural Networks
( 23 ) Improving Cloud System Performances by Adopting Nvram-Based Storage Systems
( 24 ) Structural Design of A Linear-Motion Type Semi-Active Damper by Finite Element Method
( 26 ) Structure and Properties of Zrtio4 Thin Films Prepared by Reactive Magnetron Co-Sputtering Without Heating
( 27 ) A Behavioral Study of Cylindrical Object Impacted by Bullet Using FEA
( 28 ) Green Synthesis of Silver Nanoparticles by Plants Extract
( 29 ) Response Surface Methodology (RSM) A Good Optimizer for Transesterification Reaction of Chrysophyllum Albidium Seed Oil To Chrysophyllum Albidium Oil Biodiesel