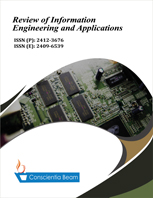 Most of researchers presented a model to solve combined economic emission dispatch (CEED) problem in a precise formulation, but in reality data cannot be reported or collected preciously due to several reasons. The impreciseness of the mathematical model is occurring due to environmental fluctuations or instabilities in the global market which leads to the rapid fluctuations of prices. Therefore, in many cases, the various parameters of CEED model cannot be considered in a precise manner.  So, in this paper, a new methodology is presented to solve imprecise CEED problem. In this methodology, we propose a chaos based enriched swarm optimization algorithm that relies on chaos in order to enhance its global search ability. The enriched swarm optimization algorithm combining two heuristic optimization techniques, particle swarm optimization (PSO) and genetic algorithm (GA) to integrate the merits of both them. Also, to improve the search engine visibility of the proposed approach, PSO has been enriched with a new evolution scheme; where a chaotic constriction factor is used to control the velocity of each particle in the swarm. Furthermore, local search (LS) technique is applied to improve the results quality; where it intends to scan the less-crowded region and obtain more nondominated solutions. Finally, the new methodology is carried out on the standard IEEE 30-bus 6-generator test system. From the results it is quite evident that our approach gives comparable minimum fuel cost and comparable minimum emission or better than those generated by other evolutionary algorithms (EAs). Also using the imprecise model enables us to predict the best cost and emission for any price fluctuation without solving the problem again.


Contribution/ Originality
This study presents a new methodology for solving imprecise combined economic emission dispatch using a chaos based enriched swarm optimization algorithm; where it integrates the main features of particle swarm optimization and genetic algorithm. The tests demonstrated that the proposed approach has a satisfactory performance compared to previous studies.