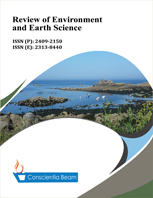 The geo-resistivity was conducted in an area near Jamukoli of Pipili block under Puri district of Odisha to study the groundwater feasibility and selection of site for installation of bore wells. The reason for choosing this area is due to the poor and backward inhabitants residing in the locality. Vertical Electrical Sounding Test most commonly known as Schlumberger Test was conducted at five locations to get a confirmation regarding groundwater occurrences and their feasibility to tap water from deep bore wells. It is surprising to note that during course of investigation there is a huge variation in groundwater occurrences within a span of a couple of meters. This is probably a fault zone which might have been extending in the SE to NW direction. Though the subsurface lithology shows a vertical dissemination of laterite and sandstone but aquifer has been recorded in the region where the lithology is either weathered or fractured. Groundwater exists at a depth of 70m â 90m and an expected 3000 l/hr. can be discharged comfortably in few locations.

Contribution/ Originality
The research work undertaken is a state of art and is an innovation to this particular field. As per the actual result bore logs are the best way to find the existence of the aquifer, but it costs too much if a tracer fails to reveal groundwater existence in that area. To avoid the effective cost sounding method has been executed in five locations at least to find the subsurface occurrence of groundwater. In this regard, resistivity meter of make Geoenviron has been used to find the result of subsurface litho units of the area. Though a huge area is not considered for the research work, but confined work done in a patch of 52 acres of land is enough to depict the presence of aquifer and its discharge per hour.