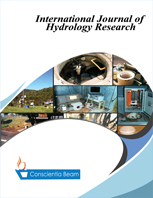 This study documents bioaccumulation of heavy metals, minerals and hydrocarbon on the tissue and shell of two varieties of Tympanotonus fuscatus from brackish coastal region of Bayelsa state, Nigeria.

In recent times, the intensity environmental pollution has increased. Badejo, et al. [1] attributed the increase in scope and magnitude to urbanization, insufficient concern of environmental impact analysis of developmental projects and the hurry towards industrialization and urbanization without suitable planning and management approach. Pollution emanates from natural effects which to a large extent depend on the geology and prevailing environmental conditions of the place and anthropogenic activities i.e. main activities on the ecosystem. In Nigeria, the type of pollution that occurs depends solely on the type of activities in the region. For instance, in the northeastern Nigeria, pollution resulting from mining do occur, which often leads to the contamination of potable water sources by non essential heavy metals such as arsenic [2]. Similarly, in the Niger Delta were oil and gas activities are carried out both onshore and offshore, contamination of the ecosystem by hydrocarbon does occur. Ordinioha and Brisibe [3] reported that average of 240,000 barrels of crude oil spills occur in the Niger Delta annually due to unknown causes, third party activity and mechanical failure leading to contamination of surface water, ground water, ambient air, and crops with hydrocarbons such as polycyclic aromatic hydrocarbon and benxo (a) pyrene, radioactive materials and trace metals that can bioaccumulate in some food crops. In animals crude oil could be hemotoxic and hepatotoxic, which could cause infertility and cancer [3]. Pollution of aquatic ecosystem leads to death of the organisms or bioaccumulation of such pollutant in the organisms.

Several variety of invertebrates such as Molluscs including Tympanotonus fuscatus inhabit in mangrove brackish water [4, 5]. Genus of other type of periwinkle are Pachymelania and Merceneria, but only the genus Tympanotonus and Pachymelania are found in the Niger Delta region of Nigeria [6]. Others include belong to the genus belong to the genus Majority of them T. fuscatus inhabit the shallow coastal regions particularly coral reefs and inter-tidal zones [4]. T. fuscatus is found within the intertidal area (i.e estuarine habitats) predominated by mangrove such as Rhizophora racemosa, R. mangle, Avicennia Africana, Nypa fruticans, Laguncularia racemosa etc. T. fuscatus inhabits in the detritus rich mud substratum in quiet waters [4]. T. fuscatus crawls under water and remains passive when left exposed by the tide [7].

T. fuscatus has the potential to accumulate and biomagnify contaminants such as heavy metals, polycyclic aromatic hydrocarbons etc in the environment [7-9]. Hence this gastropod a promising bio-indicator for bio-monitoring [10, 11]. Bioaccumulation route is through passive diffusion with some active transport; the digestive System, respiratory system [12]. The ingestion of these pollutants has health implications in the aquatic organisms (decline in productivity and reproduction potentials) and humans that depend on them for protein [9]. Two varieties of T. fuscatus exist i.e T. fuscatus var radula and T. fuscatus var fuscatus, and both have high economic value in the Niger Delta [13]. The two gastropods that co-habit the mud-flat with T. fuscatus are Neritina adansoniana and Pachymelania fusca var quadriseriata [4] T. fuscatus is euryhaline, surviving in waters with wide range of salinities 0.1mg/l to 25mg/l [4]. T. fuscatus var fuscatus is bisexual and characterized by turrented, granular and spiny shells with tapering ends [4, 14] while T. fuscatus var radula is characterized by absence of tubercle on the shell [14].

The flesh is used in the preparation of delicacies while the shell has been widely employed in construction work during building of houses and walk-ways in rural communities. Typically, two varieties of T. fuscatus is found in mangrove forest of the Niger Delta. Therefore, This study aimed at evaluating the level hydrocarbon, heavy metals and minerals in the shell and flesh of T. fuscatus var radula and T. fuscatus var fuscatus from the coastal mangrove region of Bayelsa state, Nigeria.

Both varieties were washed with running tap water and boiled to ease the removal of the flesh from its shell. The flesh was dried in an oven at 105áµC. The dried flesh and shell was separately ground using mortar and pestle. The samples were stored in Ziploc bags at room temperature prior to analysis. The ground samples were digested with nitric acid. The metals calcium, magnesium, cadmium, chromium, nickel and mercury and total hydrocarbon were analyzed.

SPSS software version 16 was used for the statistical analysis. A one-way analysis of variance was carried out at P = 0.05, and Tukey HSD was used to compare the means.

Table-1. Concentration of total hydrocarbon and metals in the shell and two varieties of Tympanotonus fuscatus found in the brackish water region of Bayelsa state, Nigeria

The same letters in each row indicate no significant difference (P>0.05) according to the Tukey HSD statistics; Each value is expressed as mean ± standard error (n = 3).

Table-2. Concentration of total hydrocarbon, mineral elements and heavy metals in the tissue of two varieties of Tympanotonus fuscatus found in the brackish water region of Bayelsa state, Nigeria

The same letters in each row indicate no significant difference (P>0.05) according to the Tukey HSD statistics; Each value is expressed as mean ± standard error (n = 3).

The higher bioaccumulation in the shell than the tissue could be due to the fact that the shell is always in contact with the toxicants in the environment. The occurrence of hydrocarbon and metals such as cadmium, chromium and mercury could be attributed to their exposure to these contaminants found in the environment. However, oil and gas activities could release hydrocarbon into the water, which could settle in the sediment and the swamp where they gradually bioaccumulate in both varieties of T. fuscatus. However, the concentration of cadmium and mercury were below the World Health permissible Limit of 0.5 - 1.0 mg/kg and 0.5 mg/kg respectively. The high occurrence of divalent cations such as calcium and magnesium may be due to their role in the formation of skeletal structures in chordates, exoskeleton in gastropods and other animals. Magnesium plays essential role in the metabolism of food and synthesis of fatty acids and proteins and also acts in neuromuscular transmission. Magnesium also has therapeutic value, further justifying the consumption of T. fuscatus by humans.

The study evaluated the bioaccumulation of metals and total hydrocarbon and mineral element contents in shell and flesh of two varieties of Tympanotonus fuscatus from coastal brackish water region of Bayelsa state, Nigeria. Total hydrocarbon and heavy metals including nickel, cadmium and chromium were high in the shell, suggesting their potentials in remediation studies. Furthermore, the concentration of mercury and cadmium were lower than World Health permissible limit for edible food. This also suggests that there is no health hazard posed by these metals due to their consumption. However, caution should be exercised with the consumption of T. fuscatus from the studied area with regard to the total hydrocarbon content of >0.5mg/kg recorded in the organisms.

[2] S. C. Izah and A. L. Srivastav, "Level of arsenic in potable water sources in Nigeria and their potential health impacts: A review," Journal of Environmental Treatment Techniques, vol. 3, pp. 15 -24, 2015.

[3] B. Ordinioha and S. Brisibe, "The human health implications of crude oil spills in the Niger Delta, Nigeria: An interpretation of published studies," Nigerian Journal of Medicine, vol. 54, pp. 10 -16, 2013.

[8] A. B. and em, U. U. Udofia, K. A. Okorafor, and U.U. George, "Bioaccumulation of some heavy metals and total hydrocarbon (THC) in the tissues of periwinkle (Tympanotonus Fuscatus Var Radula) in the intertidal regions of Qua Iboe River Basin, Ibeno, Akwa Ibom State, Nigeria," Greener Journal of Biological Sciences, vol. 3, pp. 253-259, 2013.

[13] H. I. Clinton, G. U. Ujagwung, and M. Horsfall, "Evaluation of total hydrocarbon levels in some aquatic media in an oil polluted Mangrove Wetl and in the Niger Delta," Applied Ecology and Environmental Research, vol. 7, pp. 111-120, 2009.