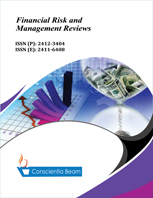 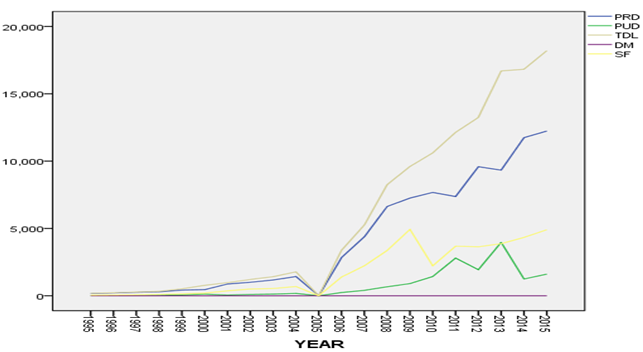 Anthony Nzeribe NWAUBANI , Vincent N. EZEABASILI (2018). Depositors Confidence and Mergers and Acquisitions: The Nigerian Banking Sector Experience. Financial Risk and Management Reviews, 4(1): 34-48. DOI: 10.18488/journal.89.2018.41.34.48
Nigeria implemented major financial reforms between 2004 and 2005 in which mergers and acquisitions became an imperative option for most of the deposit money banks to meet the new and hiked minimum capital base requirement. This study examined the impact of mergers and acquisitions (M&As) on depositorsâ confidence in the Nigerian banking sector. An ex-post facto research design was used with secondary data collected for twenty years. The study covered all the deposit money banks in Nigeria within the period 1995-2015 with 2005 as a base year separating pre and post merger periods. Multiple regression and paired student t-test approaches were employed to analyze the data with the aid of SPSS (20) software. The output yielded mixed findings. While M&As as proxied by dummy merger showed mostly positive and insignificant impact on confidence of depositors, they indicated positive significant impact when measured by shareholdersâ funds - an alternate proxy. The paired student t-test yielded significant positive impact on depositorsâ confidence. Overall, the findings suggest that the mergers and acquisitions have positively and significantly impacted on depositorsâ confidence in the Nigerian banking sector. It is recommended inter-alia that banks should endeavor to further enhance their shareholdersâ funds while partnering actively with monetary authorities in pursuit of aggressive financial inclusion via innovative product offerings for cheap deposits and financial stability. This will further enhance the depositorsâ confidence in the banking system.

Nazree Shafin , Rozilah Kasim (2018). Incorporating Islamic Ethic Elements into Marketing Mix Paradigm. Financial Risk and Management Reviews, 4(1): 24-33. DOI: 10.18488/journal.89.2018.41.24.33
To consider the extent to which the dynamism of ethic elements from four commendable characteristics of Prophet Muhammad (PBUH) fits within existing marketing mix framework thinking in strengthening marketing mix approach of Islamic business. This can be achieved through analyzing selected elements of Islamic ethic features, that are derived from the four (4) commendable characteristics of the Prophet Muhammad (PBUH): Siddiq (Truthfulness), Amanah (Trustworthiness), Fathanah (Wisdom), and Tabligh (Advocacy), abbreviated as âSAFT to be incorporate as a catalyst to strengthen the marketing mix approach and thus propose a practical Islamic Marketing Mix as a competitive marketing tactic. Analytical and comparative analyses are used and study reveals four ethic elements in Islamic perspective that can be potential elements in developing a practical Islamic Marketing Mix for any business whether Islamic or non-Islamic.

Contribution/ Originality
This is among the first studies that found EGARCH model to outperform the ARCH, and GARCH model in forecasting volatility using a combination of Japan, UK and US data.