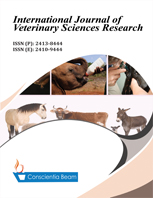 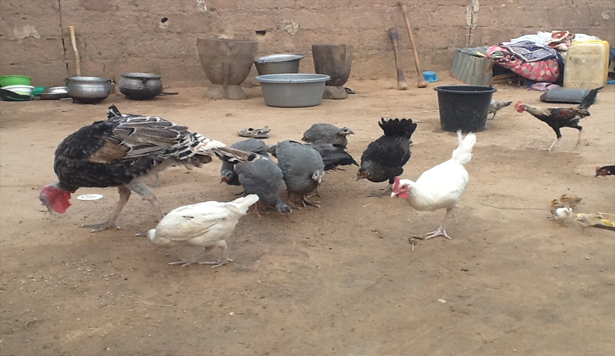 Jallailudeen Rabana Lawal , Muhammad Mustapha , Lawan Adamu , Jamila Dauda , Abdullahi Abubakar Biu (2019). Ectoparasitosis in Domesticated Turkeys (Meleagris Gallopavo) in Jere Area, Borno State, Nigeria. International Journal of Veterinary Sciences Research, 5(1): 11-22. DOI: 10.18488/journal.110.2019.51.11.22
The present cross sectional study was carried out to determine the prevalence and identify the species of ectoparasites infesting domestic turkeys (Meleagris gallopavo) in Jere area. The study was conducted from the month of April to October, 2016 of the study period. Out of the total of 300 domesticated turkeys examined for the presence or absence of ectoparasites, 185 (61.67%) were found to be infested with one or more ectoparasites. The prevalence rate according to the study locations varies as Galtimari Ward (15.0%), Mairi emirate (12.67%), Fori ward (12.33%), University Staff Quarters (11.0%) and Mairi Kuwait (10.67%) of Jere. Among the Four different types of ectoparasites encountered, Lice (31.67%) were found to be the most prevalent followed by the Flea (15.33%) and Mites (12.0%) while the Ticks (2.67%) are the least prevalent. However, among the eight (8) different species of ectoparasites found on the infested turkeys; the most prevalent species of ectoparasites found was Lipeurus tropicalis (17.67%), followed by Echidnophaga gallinacean (15.33%), Menacanthus stramineus (8.33%), Dermanyssus gallinae (7.0%), Chelopistes meleagridis (5.67%), Epidermoptes bilobatus (3.0%), Argas persicus (2.67%) and Cnemidocoptes mutans (2.0%) in a descending order of prevalence rate. There was mixed infestation with two or more species of ectoparasites in some infected turkeys. Ectoparasites infestation was found to be significantly higher in Adult (44.0%) than in the young (17.67%) turkeys (P = 0.0148; RR = 1.202). Ectoparasites infestation was also found to be higher in the female (33.0%) than in the male (28.67%) turkeys, but the difference was not statistically significant (P = 0.3102; RR = 0.9240). Ectoparasites infestation was found to be significantly higher in turkeys reared under the extensive (50.0%) compared to those reared under the intensive (11.67%) management systems (P < 0.0001; RR = 1.622). This is the first survey to determine the prevalence and identify the species of ectoparasites among domestic turkeys in Jere area of Borno State, Nigeria. The occurrence of ectoparasites in domestic turkeys indicated the existence of diverse ectoparasites fauna in the present study area which is associated with inadequate management system such as poor hygienic rearing system, poor husbandry and lack of strategic ectoparasites control practices.

Importance of Arginine as Immune Regulator in Animal Nutrition

Importance of Arginine as Immune Regulator in Animal Nutrition 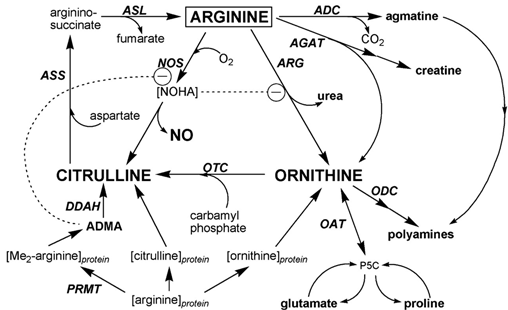 Muhammad Waseem Birmani , Aqeela Raza , Aamir Nawab , Shuyan Tang , Muhammad Waseem Ghani , Guanghui Li , Mei Xiao , Lilong An (2019). Importance of Arginine as Immune Regulator in Animal Nutrition. International Journal of Veterinary Sciences Research, 5(1): 1-10. DOI: 10.18488/journal.110.2019.51.1.10
Arginine grouped in a gluconeogenic amino acid extensively found in the animal's cells. Fast growing animals require more arginine in their diet as broilers and pigs. It plays a critical role in ammonia detoxification and protein biosynthesis. Arginine is not only involved in the synthesis and catabolism of a variety of nutrients in the animal body but mainly act as an immunomodulatory mediator. Along with nutritional function has immune-related functions. In urea cycle act as an important intermediate and also catalyzes the production of ornithine by enzyme arginase and converted into polyamines that involved later in cell proliferation and wound healing. Nitric oxide synthases catalyze the production of nitric oxide from arginine and NO is a cellular signaling molecule for immune regulation. Many hormones secretion increased by arginine particularly the growth hormones which could enhance the immune function. Arginine metabolism pathway and its downstream metabolites like nitric oxide and polyamines might be vital for the activation of T-cell and ultimately take part in adaptive immunity. For immune regulation, arginine could stimulate the production of different immune cytokines. In this paper, in the perspective to provide significance reference about arginine in the immune study, the arginine immune mechanism and use of arginine in animals will review.

Contribution/ Originality
Present study has contributed significant scientific information on a particular subject area âarginine as an immune regulatorâ. Many researchers have discussed the arginine as feed ingredients in the animal diet, but less scientific data is available related to immune functions of arginine. Therefore, this study is one of the very few studies which have reported that arginine use as an immune regulator in animal nutrition.