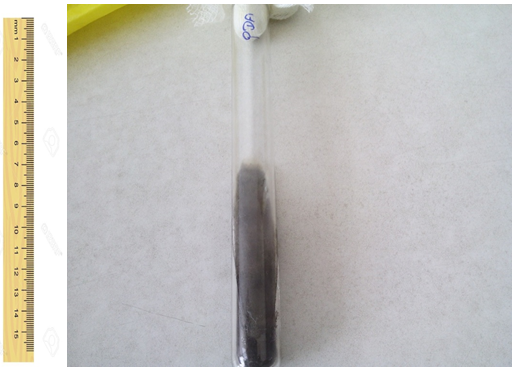 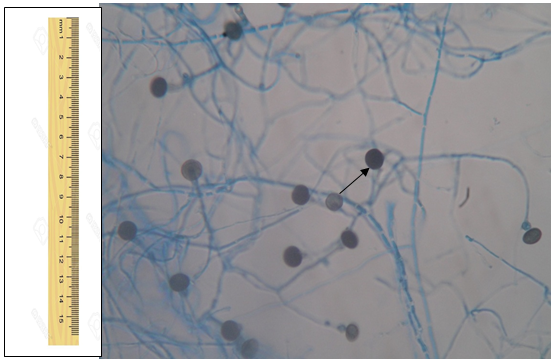 Beena . , Sridhar Honappa , Naik Shalini Ashok (2016). Scedosporium Prolificans, An Unusual Cause of Frontal Abscess. Genes Review, 2(1): 12-15. DOI: 10.18488/journal.103/2016.2.1/103.1.12.15
Scedosporium infections have become one of the most common cause of deep mold infections. It has also become a potentially dangerous causative agent of local and invasive infections in immunocompromised and occasionally in immunocompetent patients. It exhibits intrinsic resistance to many antifungals making the treatment difficult, thereby increasing the mortality. We present a case of an immunocompetent patient who came with a swelling on the left upper eyelid with a discharging sinus. A diagnosis of frontal lobe abscess was made and the mucopurulent discharge from the sinus was sent to the microbiology laboratory to know the etiology. The KOH wet mount of this discharge showed the presence of septate hyphal elements and the fungal culture yielded the growth of Scedosporium prolificans.The patient was treated with intravenous voriconazole to which he showed a favourable response.


Contribution/ Originality
This study contributes in the existing literature with various clinical manifestations of Scedosporium like osteomyelitis, lung infection and infection in the  transplant patients. This study is one of very few studies  as scedosporium causing frontal lobe abscessâ¦is rare. The paper's primary contribution is finding out the various causes of infections manifesting as a central venous system infection. This study documents that Scedosporium can enter the CNS through nasal septum and can be treated with voriconazole. 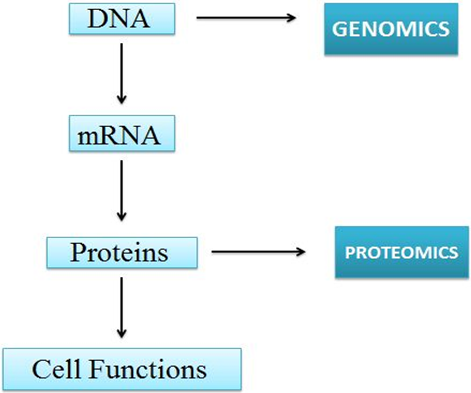 Vivek P. Chavda (2016). Personalized Medicine: Futuristic Predictive Nanomedicines for Diagnosis and Therapeutics. Genes Review, 2(1): 1-11. DOI: 10.18488/journal.103/2016.2.1/103.1.1.11
The concept of personalized medicine has got its credential due to the development of molecular techniques. It involves right drug & dose, right patient and with right time administration of a medication. By averting the knowledge of gene sequence and their functions, biomedical researches are diversified towards inter-individual variations that are expected to become an eminent part of treatment planning in terms of efficacy and toxic side effects of drugs. The clairvoyance of the future health care adjudicate  a system in which patient care is consistently belay by captivating information on the individual patientâs genomes and their downstream products. By combining the credentials of various disciplines such as life sciences, mathematics, physics, chemistry, and information and communication technology ameliorated this concept. These have been well addressed by the so called â-omicsâ technology. However, assimilation of genomic data to its risk-benefit analyses and the adaptability of the patient population with certain ethical issue becomes one pillar for this and the view of the pharmaceutical industry towards this discipline.

Contribution/ Originality
This study contributes in the existing literature with a view to provide the reader the potential avenues that can be grafted using gene delivery particularly by â-omicsâ technology. It can be studied under two subheadings 1. Biomarker and 2. Therapeutics; which were cogently cited with example in this manuscript.